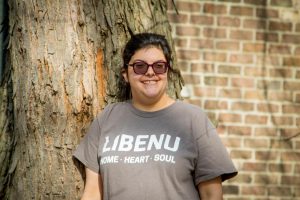 Libenu’s very own Samantha Potashnick is officially one to watch! The Jewish United Fund of Chicago announced its picks for “36 Under 36,” and we are immensely proud that Samantha has been recognized as worthy of this special distinction.

Samantha is a leader among her peers and has lived at Libenu’s women’s home—the first of its kind in the Chicago Jewish community—since it opened in 2013. Libenu CEO Dr. Shana Erenberg nominated Samantha because she is a passionate advocate for people with disabilities and an ambassador for inclusion. Dr. Erenberg pointed out Samantha’s community-mindedness, consistent caring for others, and investment in tikkun olam. Among other achievements, Samantha traveled with Libenu to Springfield (before the pandemic) to lobby for increased funding and opportunities for people with disabilities. On the trip, she spoke persuasively with representatives and senators, just as she often expresses her dedication to fairness in a variety of realms.

“Samantha exemplifies Jewish affiliation, commitment, and involvement,” Dr. Erenberg said. “Her passion and exuberance for Jewish life and traditions are inspiring. Samantha loves being an integral part of the Jewish community, and we are so glad that she is! She also contributes so much as a roommate, a leader, and a strong advocate for people with disabilities, for the staff that cares for them, and for inclusion.”

Hats off to Samantha! May you go from strength to strength! And mazal tov to Samantha’s parents, Jo Ann and Steven Potashnick, and to her brother, Jake. 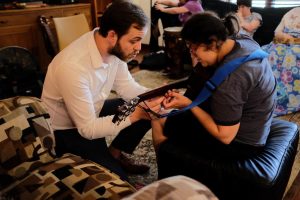 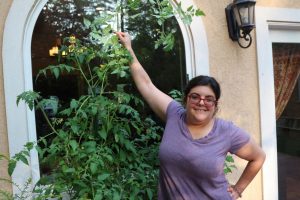